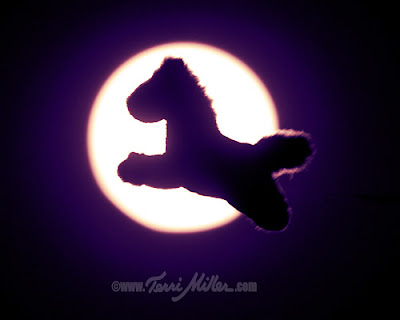 When we discovered that Susan 's leukemia was incurable, her "sisters" of the Vision 18 Collective decided to start a project. It began merely as something to cheer Susan through difficult days.

I searched for an icon that each of our 14 members could easily carry everywhere, and I found the Wee Horse. He's tiny enough to fit in a purse or a camera bag, and for weeks now we have treated him as our Traveling Gnome With Fuzzy Hooves. Each day, we would email the resulting images to Susan: we figured if the Wee Horse made us giggle, then it would have the same effect on her.

So far, the Wee Horses have been across the country. They've met all manner of creatures: dogs, cats, horses, donkeys, chickens and dinosaurs. They've been out at dawn, and they've been out after dark. They've played dress up. They've been to see the veterinarian, and they've honored veterans. They've sampled mojitos, wine, beer and martinis, jumped crosscountry fences and even went to Brazil with Axel, who in between judging duties, was my "stunt double" at the CDI in Sao Paulo.

The Wee Horse Project will live on, in honor of Susan.

You can find all the Wee Horse pictures in their galleries at the
Vision 18 Collective website. 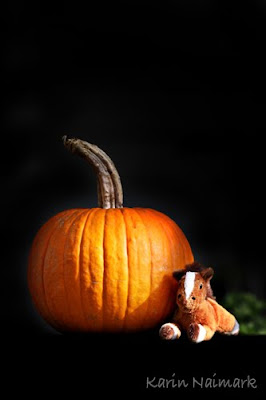 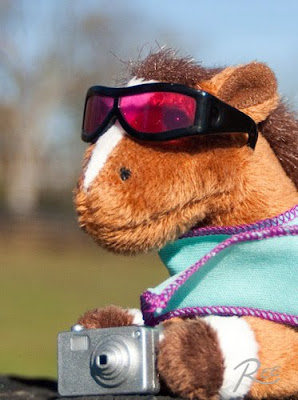 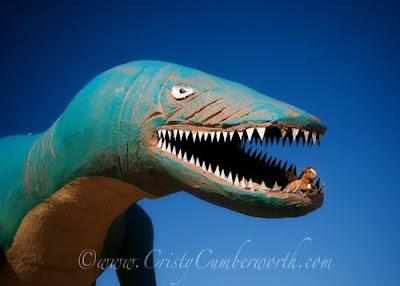 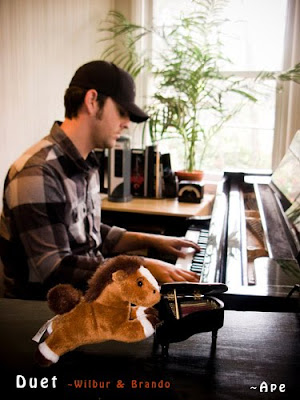 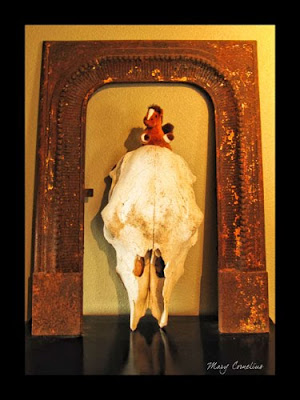 Posted by Ristyz at 2:43 AM No comments: